26 vans from Yorkshire, 2 from East Midlands, 1 from Lancashire, and me (Essex member living in Yorkshire)

We had first time Yorkshire members Chris, Jo & James who were made very welcome, we didnt find out till Saturday night that James is studying photography but has now agreed to be our official photographer, we will need plenty of smiles form all members at future rallies 🙂

We had a great weekend, and thanks goes to all who attended and participated in all the fun and games that had been arranged. 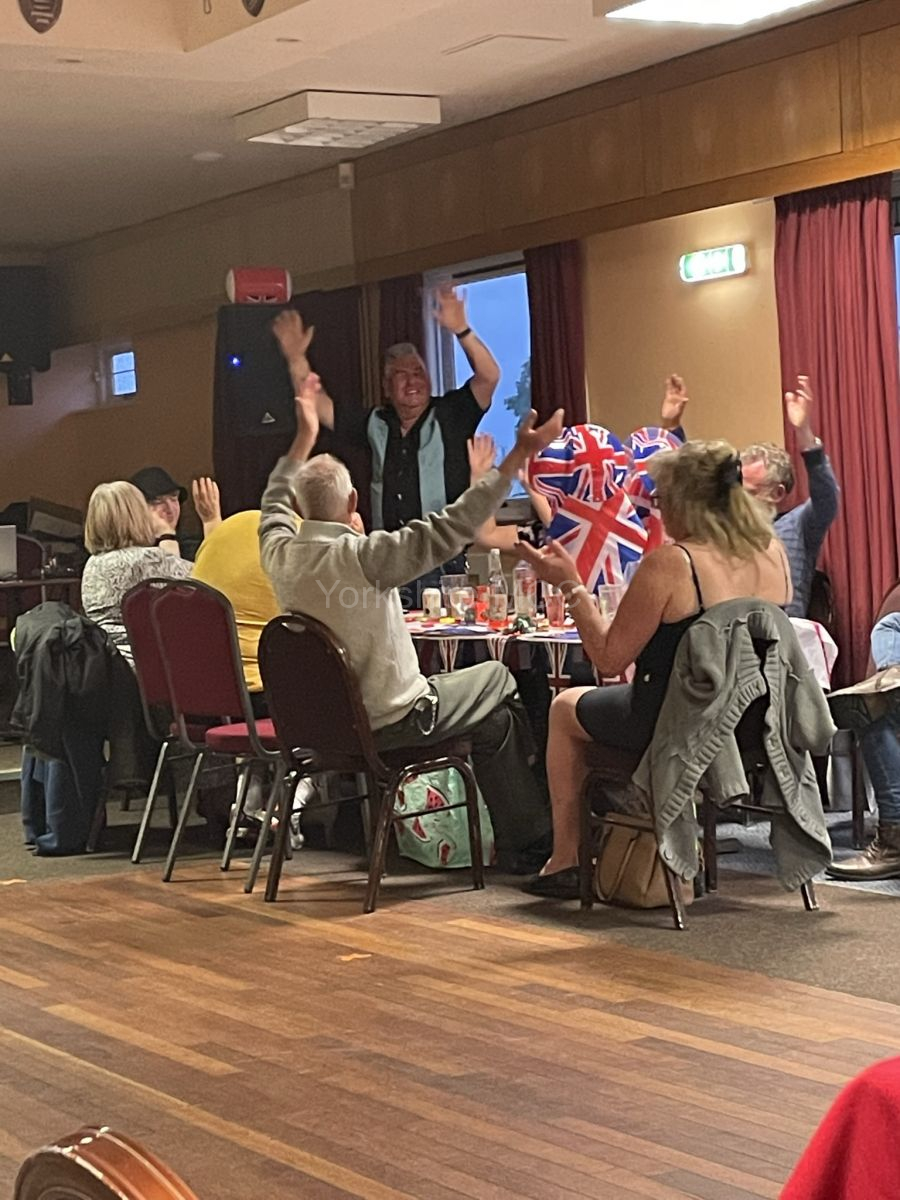 We had a casual night on Wednesday,

We had games, bingo and music on Thursday,

Friday night we had more quizes, games and music.

On Saturday evening we had live entertainment from singer Fiona Houghton, a very good singer with varied music styles. Fiona also judged the best dressed table in one of the intervals, the winner being Shell and Co. (Frank, Flo, Shell, Ken, Gary, Chrissie, and Ken)

Another great weekend, well done all who organised and attended,

And finally, it was also great to see Kevin back amongst us even though he was clearly very unwell, we all wish him a speedy full recovery.

We use cookies on our website to give you the most relevant experience by remembering your preferences and repeat visits. By clicking “ACCEPT ALL”, you consent to the use of ALL the cookies. However, you may visit "Cookie Settings" to provide a controlled consent.
Cookie SettingsREJECT ALLACCEPT ALL
Manage consent

This website uses cookies to improve your experience while you navigate through the website. Out of these, the cookies that are categorized as necessary are stored on your browser as they are essential for the working of basic functionalities of the website. We also use third-party cookies that help us analyze and understand how you use this website. These cookies will be stored in your browser only with your consent. You also have the option to opt-out of these cookies. But opting out of some of these cookies may affect your browsing experience.
Necessary Always Enabled
Necessary cookies are absolutely essential for the website to function properly. These cookies ensure basic functionalities and security features of the website, anonymously.
Functional
Functional cookies help to perform certain functionalities like sharing the content of the website on social media platforms, collect feedbacks, and other third-party features.
Performance
Performance cookies are used to understand and analyze the key performance indexes of the website which helps in delivering a better user experience for the visitors.
Analytics
Analytical cookies are used to understand how visitors interact with the website. These cookies help provide information on metrics the number of visitors, bounce rate, traffic source, etc.
Advertisement
Advertisement cookies are used to provide visitors with relevant ads and marketing campaigns. These cookies track visitors across websites and collect information to provide customized ads.
Others
Other uncategorized cookies are those that are being analyzed and have not been classified into a category as yet.
SAVE & ACCEPT
Powered by